Although the average Australian steak restaurant will serve a seafood dish or two, you really need to book a table at a specialist seafood restaurant if you want to dine on one of the ocean's top predators. Shark is a great, meaty fish, which is a delight to eat. Full of flavour and texture, it is often served as a special treat or to celebrate something. Gummy shark meat is widely eaten in the country and often referred to as flake, but there is much more to shark meat than that.

This is a Japanese dish which is traditionally made from various fish, such as pollock and bream, but is undoubtedly more subtle in flavour and meatier when it is made from shark meat. Usually served as a starter in a fine dining fresh seafood restaurant, the white flesh of the shark is puréed and then formed into little sausage-shaped loaves. Kamaboko is typically prepared as something to dip into an accompanying sauce, but it is found in soup from time to time, too.

This is an Icelandic way of serving shark meat and, to be honest, it is one for true lovers of fish only. A traditional method of preserving the meat has been used for many centuries, and it is still very much in existence. Icelandic people ferment the flesh of shark, which gives it a very strong smell. In Australia, it is possible to obtain hákarl from specialist delicatessens where it is imported in cans, much like tinned sardines. Beware if you plan on serving this to guests at a dinner party, however, because it is an acquired taste that is foul-smelling to many. Think of it more like a ripe French cheese than any fish dish you may have ever eaten before.

Like most white fish, shark curries very well. There are many recipes for curried shark from all over China and India. A popular way to prepare it for currying is to remove the skin and to dice it into chunks. It is then important to marinade the meat for several hours before cooking it. This has two effects: it tenderises the meat so that it becomes more succulent and it also brings out the flavour of the sea. Use a masala marinade that you might apply to chicken—for example, chilli, turmeric and lemon juice—for the best results. Shark curry is also popular in the Caribbean where it is usually cooked with coconut cream for a richly intense dish. 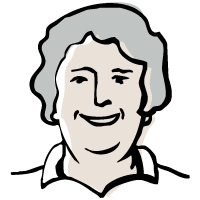 Hello, my name is Diana. Welcome to my blog. I live in Syndey, Australia and I love everything to do with food and cooking. I am not a professional cook by any stretch of the imagination. However, I have been cooking since I was a small child. My grandma would let me help her out in the kitchen every Saturday. We would make cakes, bread and other things. As I got older, I started to experiment with other dishes. I learnt how to make Italian, Chinese and Mexican food. I decided to start this blog to offer advice to others.

Various Sugar Kinds You Will Need in Your Confectionery Shop
26 January 2018
Confectioneries are great way to make money out of people with a sweet tooth. They can barely go for a day without eating something sweet. By having t …

On Trend Wines Whether You're Dining In or Out
16 May 2017
Because it is a seasonal product that relies so much on climatic conditions to produce consistently, what is on trend and what is less fashionable wit …

Fun Finger Food Ideas to Discuss With Your Caterer
2 May 2017
Finger foods are a good way to allow guests to mix and mingle, without having to hold a cumbersome plate in their hands. Finger foods also cut down on …